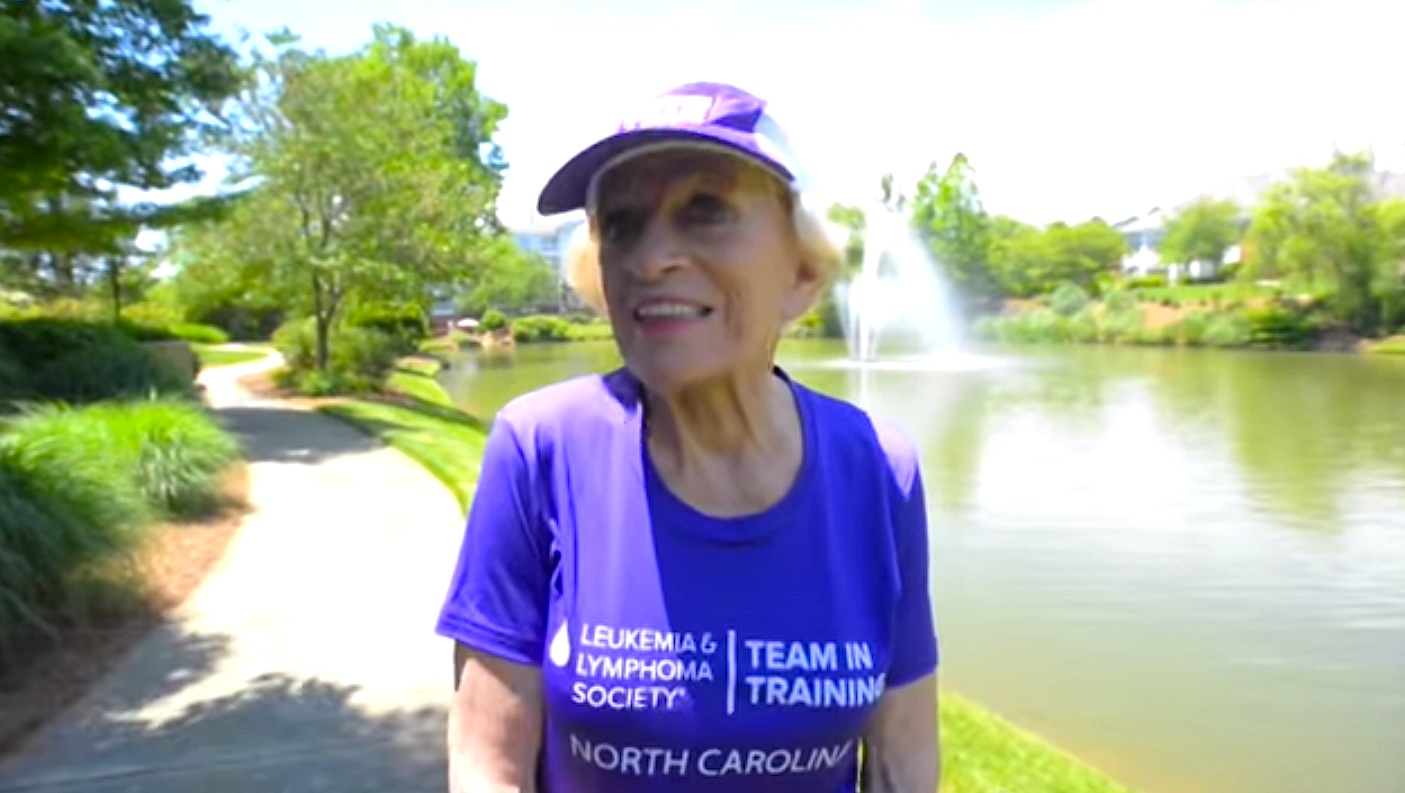 At 91, and with cancer in her legs, Harriette Thompson finished this years San Diego Rock ’n’ Roll Marathon in 7 hours, 7 minutes and 42 seconds.  She set a world record for the fastest marathon ever by a woman 90 years or older.

The previous mark was 9 hours, 53 minutes by Gladys Burrill at the 2010 Honolulu Marathon. Burrill was 92 at the time.

She did her first marathon at 76 – for cancer. Since then she has run a marathon every year except one.

Several of her family members died from cancer, and her run on sunday was a month after her last radiation treatment.

Thompson has lived a fabolous life; she has had a lifelong penchant for grandiose accomplishments, as a classically trained pianist who performed as a soloist with several symphony orchestras around the globe; played three times at Carnegie Hall; and twice took her children on a French ocean liner across the Atlantic to spend a year as a single mom in Vienna so they could learn a different language and culture, while her husband Sydnor remained in the States practicing law.

To this day, her fingers run over the 9-foot, 6-inch Bösendorfer piano that once sat on the stage of the Vienna Concert House and now sits by the window of her living room.

– If I’m still here next year, I think I’ll probably be able to train better and be in better shape, Thompson told the Observer.

Have you tried running a marathon? Most runners feel a grate bit older in the hours and days after such a race.

Read more about her run here.