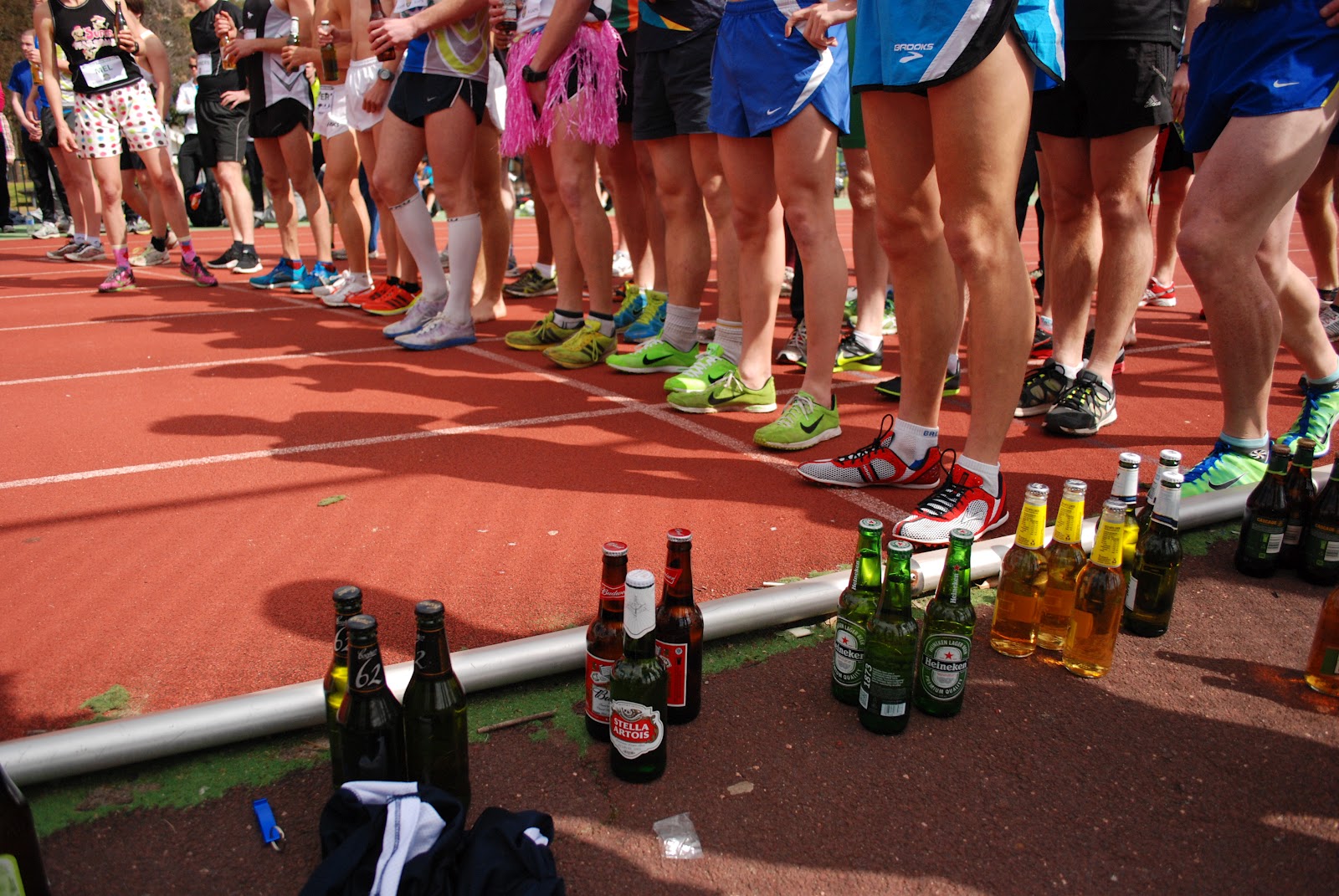 Yes, the beer mile. Have you ever tried to run a mile under five minutes? Its actually pretty hard. And its much harder to drink beer while doing it; the beer mile.

James Nielsen, of Novato, California did just that. On Sunday, April 27, he broke the world record and set the first sub-five-minute time in the beer mile. He drank a 12-ounce beer before each of the four laps on a 400-meter track.

With a time of 4:57.1, Nielsen’s name is now atop the standings at BeerMile.com, which is viewed in the running community as the authority on the event.

His wife filmed the happening: