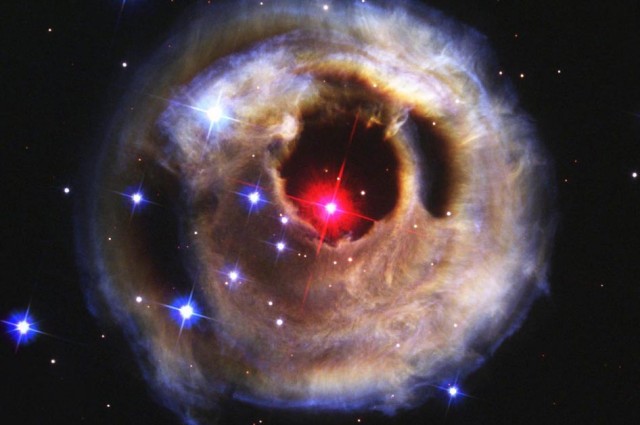 This has never been caught on film before; a gigantic stellar explosion. The film is a time lapse of pictures taken by the Hubble telescope, during four years from 2002.

The massive explosion came from V838 Monocerotis. Astronomers initially thought they were witnessing a supernova, but after the initial flash of light began to dim, it began to brighten again in infrared wavelengths at the beginning of March.
This could not be a supernova, but they weren’t quite sure what it was. A possible explanation is that this is an event known as a mergeburst, in which two main sequence stars collide. This hypothesis is supported by computer modeling, and the youth of the star systems in that region could provide the unstable orbits required for stars to merge in that fashion.